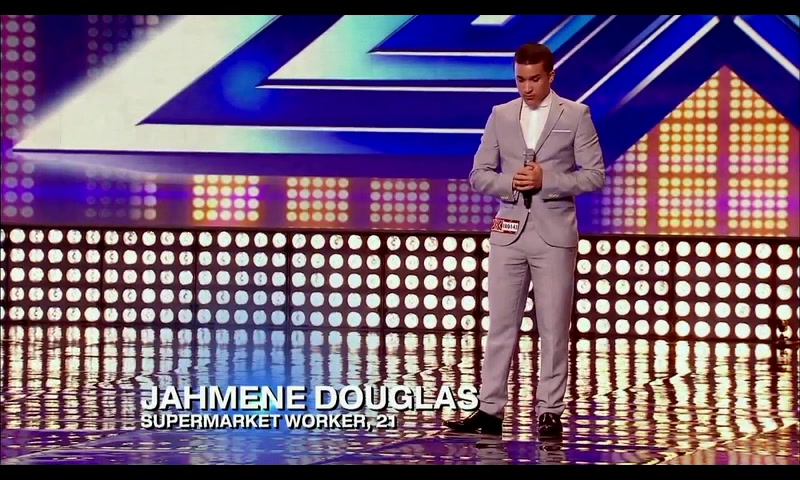 Jahmene is The X Factor’s supermarket singing sensation. The 22 year-old
supermarket worker from Swindon wowed the Judges at his first audition in London
with his rendition of Etta James, At Last.

At Bootcamp, Jahmene’s first performance didn’t go too well and ahead of his
final performance he complained of feeling faint and dizzy but after a pep talk
from Nicole and Louis he took to the stage and blew the Judges and the audience
away once more with his version of Will You Love Me Tomorrow by The Shirelles.

At Judges Houses in Dubai, Jahmene pulled off the performance of a lifetime
singing Titanium by David Guetta to make it into Nicole’s three acts going through to the Live Shows.

Jahmene is a self-confessed lover of soul and gospel music, regularly singing
with the gospel choir at his local church and he is a big fan of the late
Whitney Houston. Jahmene lives at home with mum, step-dad, two brothers and
sister. He says he wants to ‘make his Mum proud’ by performing on The X Factor.

Oasis – All Around The World